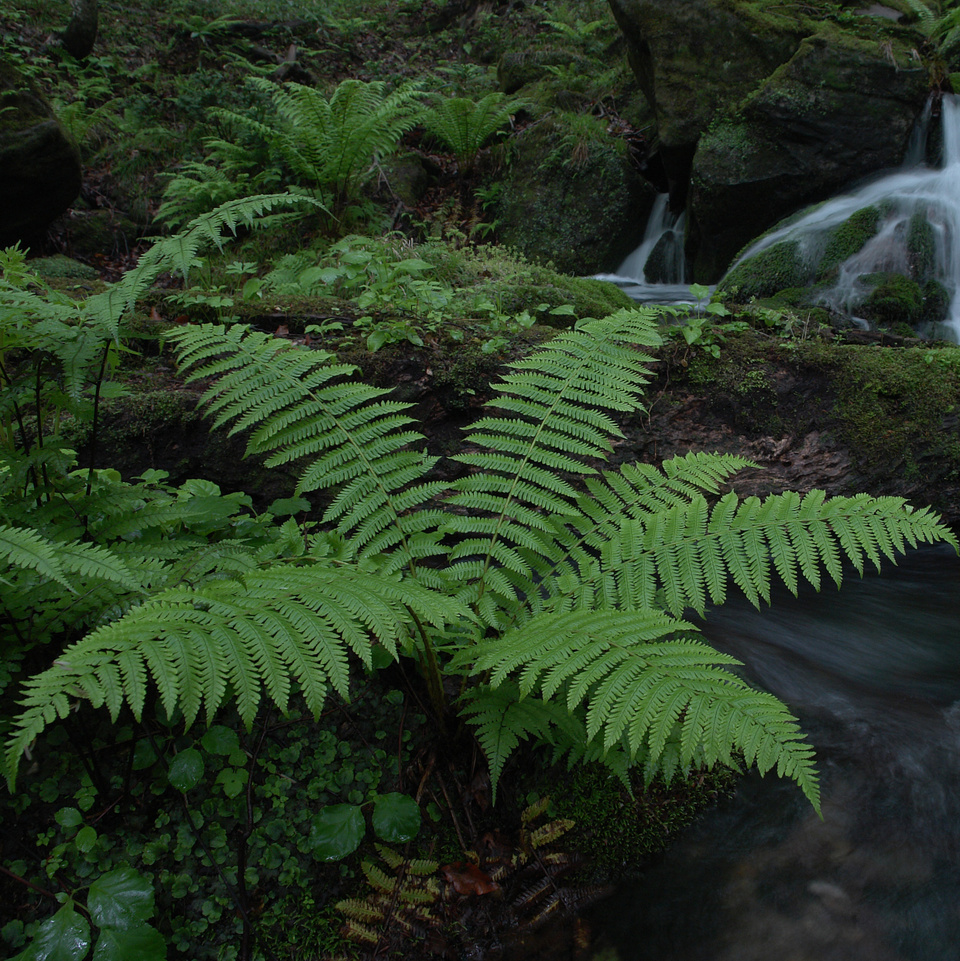 The wood fern is a large-sized fern found in Oirase. As its name suggests, it spreads its leaves “magnificently.” 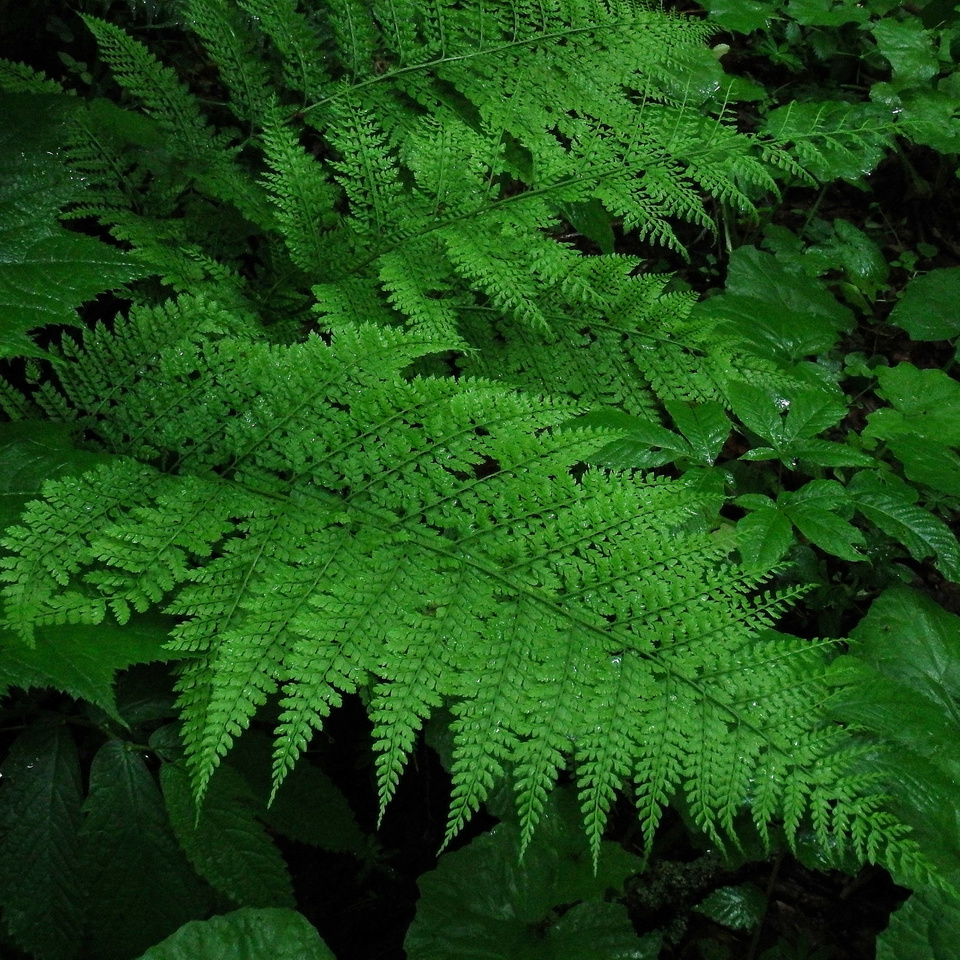 This fern has a delicately beautiful design like a cut paper art. As its name, Ryomen (both sides) indicates, the two sides have nearly the same appearance. 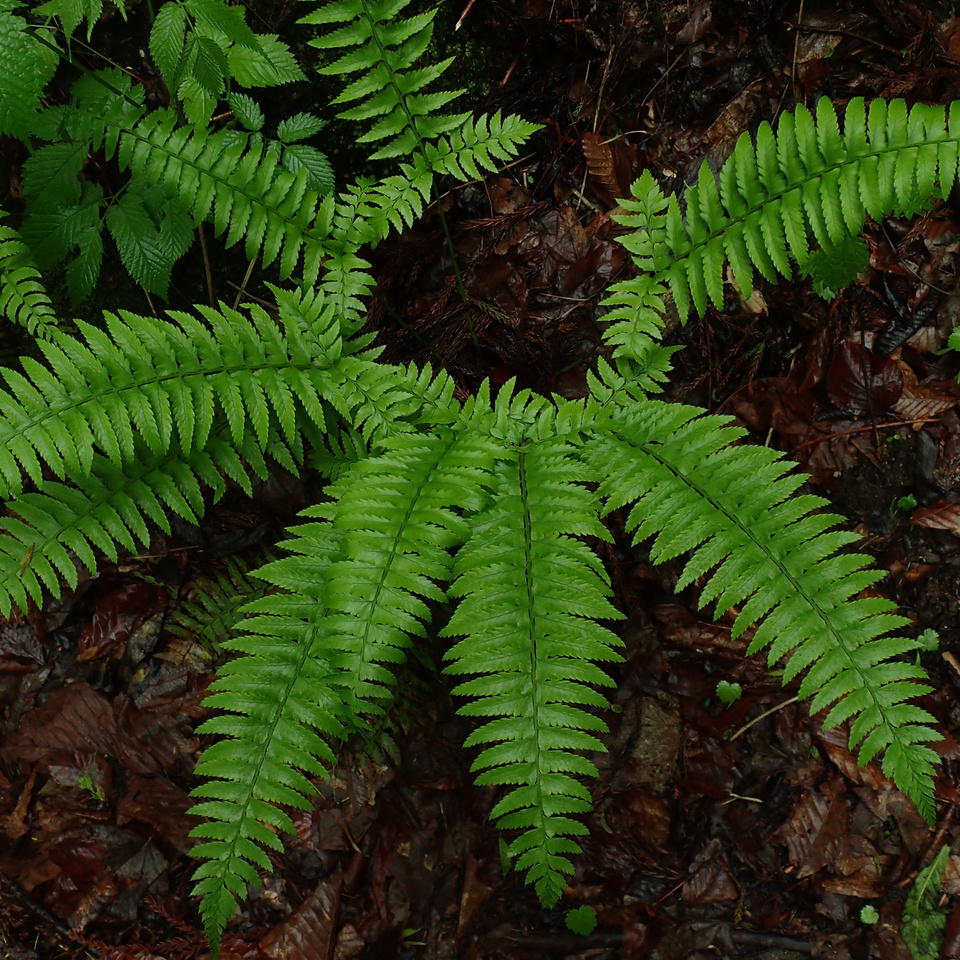 The characteristic shape of a cross is apparent when accurately observing each leaf. 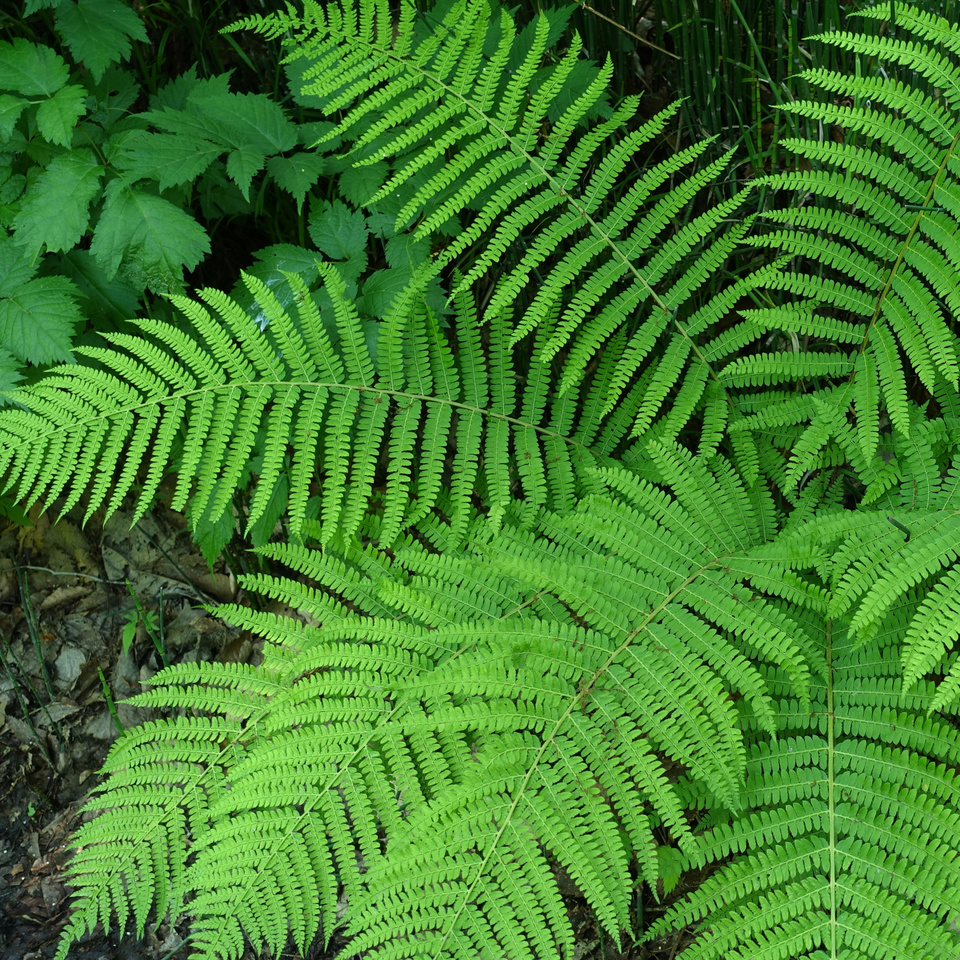 This is representative of larger ferns in Oirase, along with the male fern. It is characterized by scales clamped downward on rachis, which look like Sakage (hair standing in reverse). 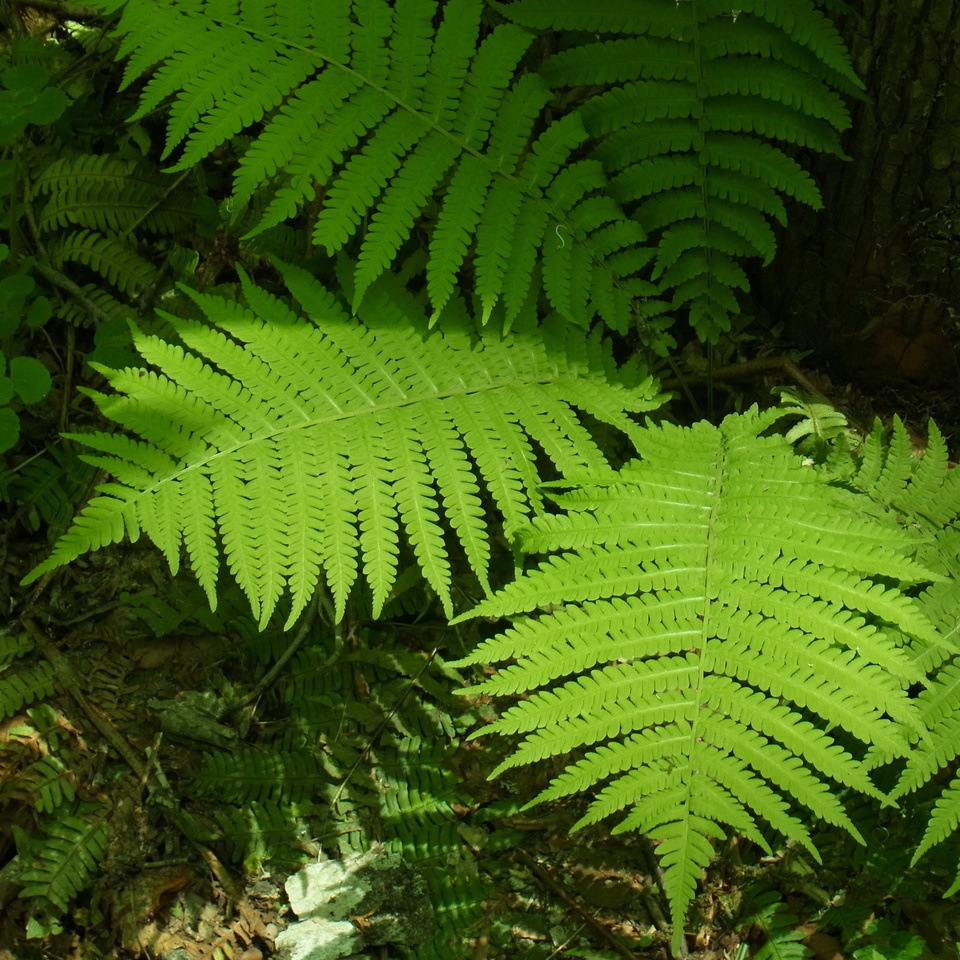 A wild vegetable named Kogomi, it grows upwards and spreads its leaves, surprising many people as it begins to look exactly like a fern. 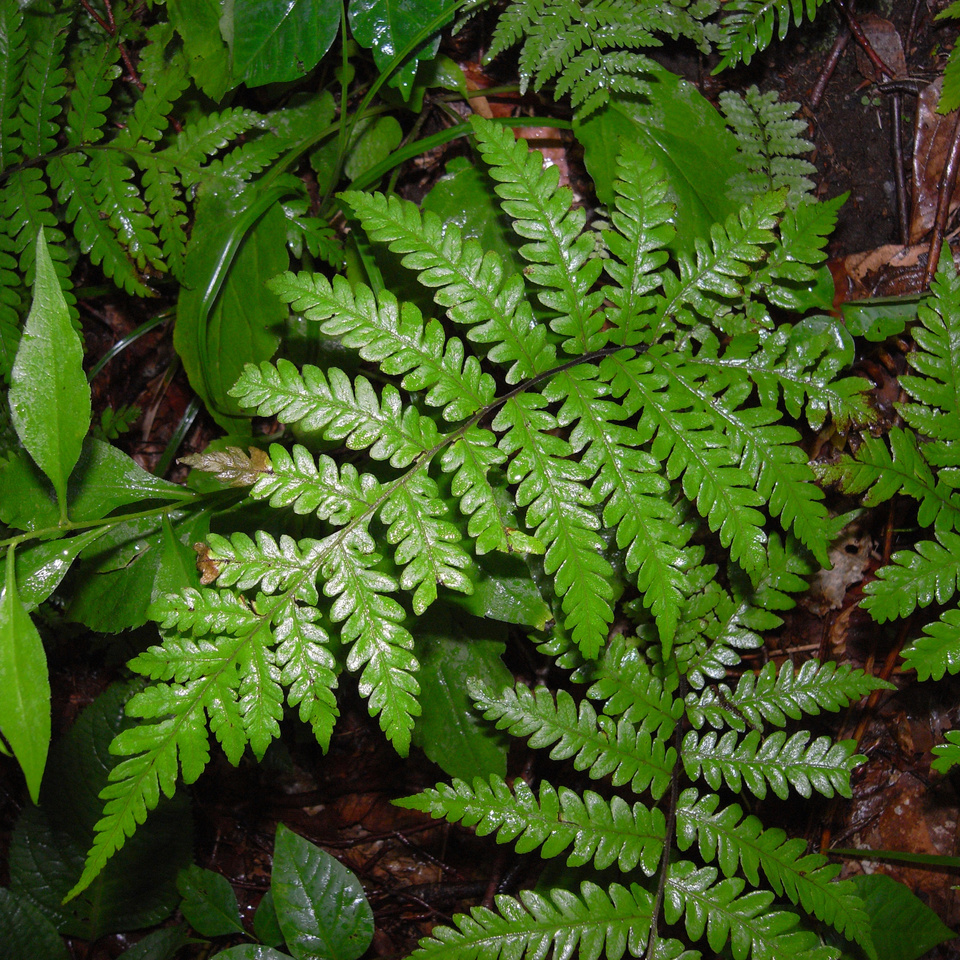 These ferns are commonly seen decorating paths by the roadside. There is soft hair on both the stem and stalk, which you can observe when looking them closer. 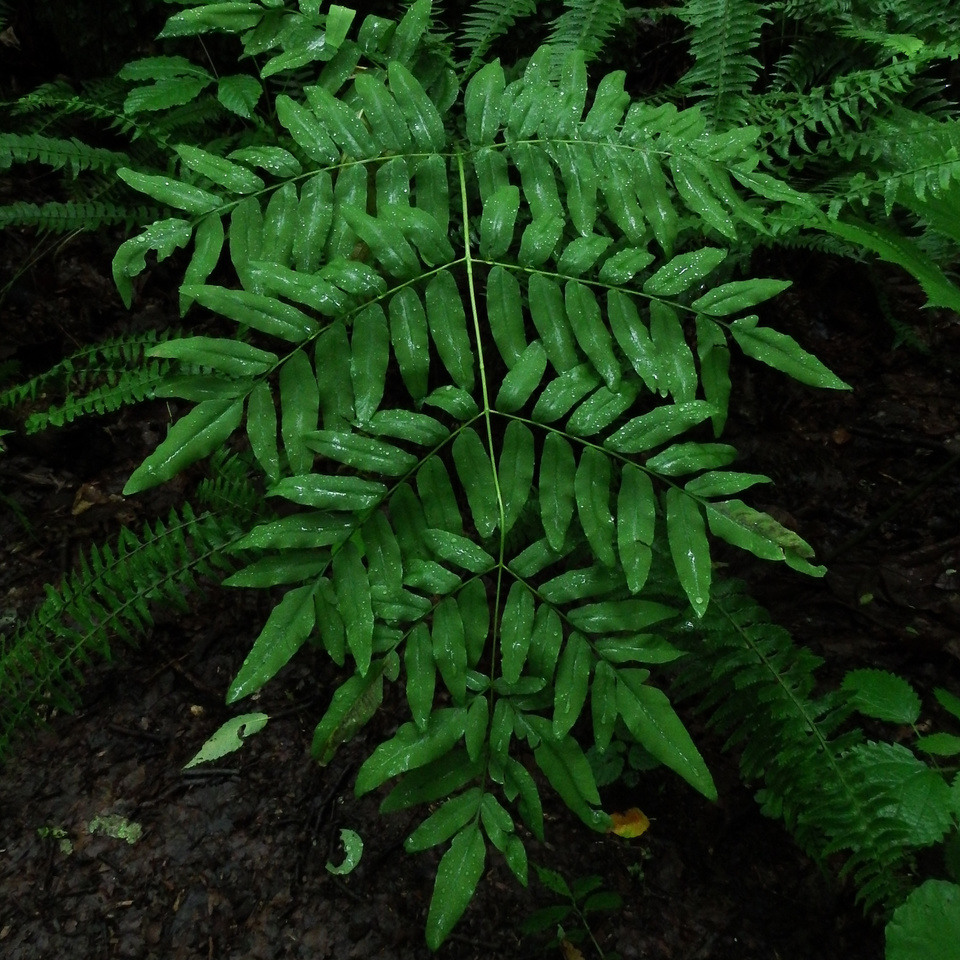 Faced with Osmund, which has the look of a curly wild vegetable, you may be surprised by the gap in appearance between leaves that are coiled and those that spread out in summer. 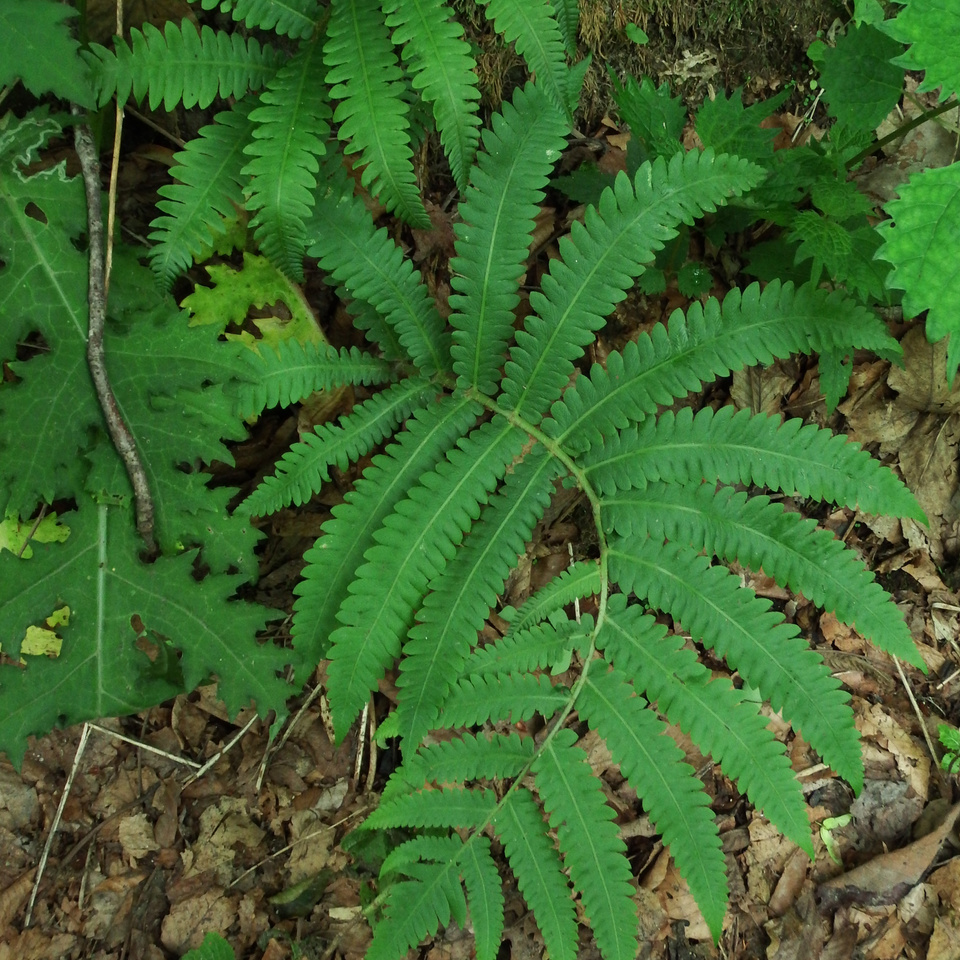 The plant is characterized by having rough, indented margins of large leaves. In its Japanese name, Inu means "dog (inedible, or no use)” and Gansoku means "Ostrich fern." 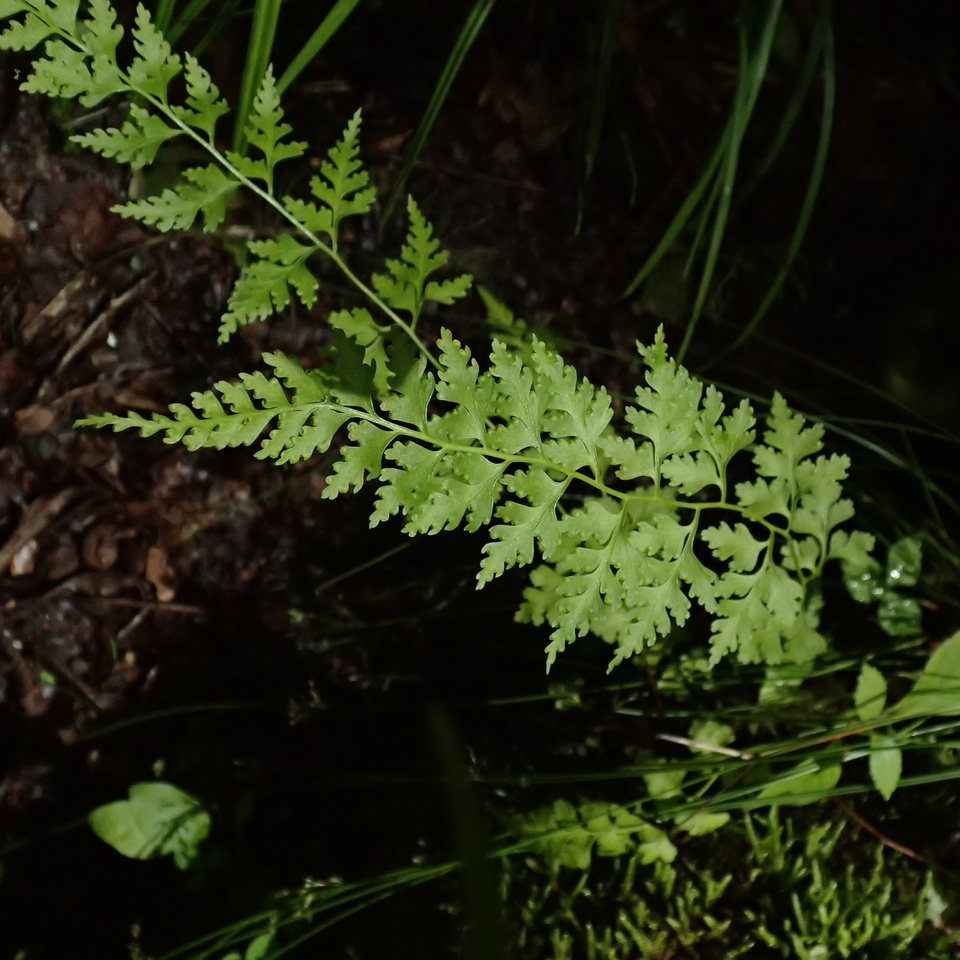 The appearance of margins of leaves resembling the wildflower Oren (Coptis japonica) are quite delicate. It grows on stone walls and on the roadside along streams.

Being hard to look at and touch gives this plant an extremely sturdy impression. The Japanese name Shishi-gashira (lion mask) compares its appearance to a lion’s mane. 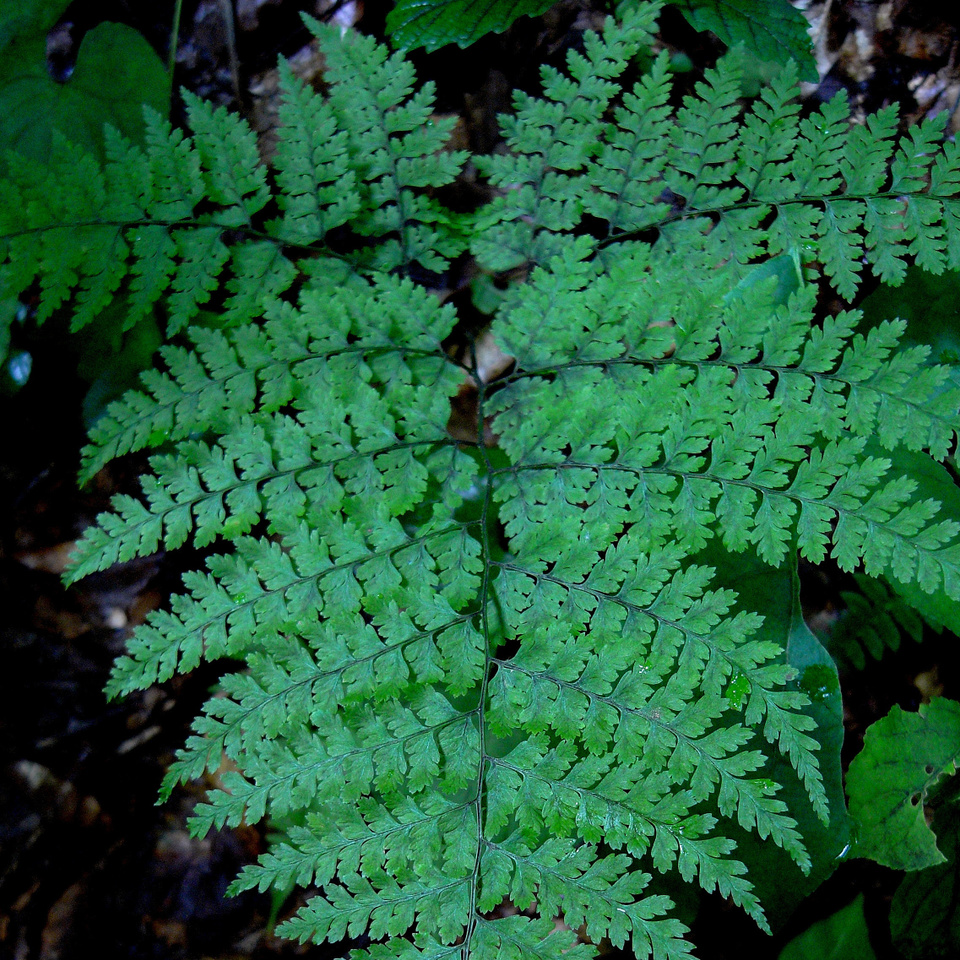 As the Japanese name Hosoba (thin leaf) shows, lacinia is delicate and beautiful. When enwrapped by palms, the texture resembles that of lace. To fully enjoy this flower, it is highly recommended you touch it. 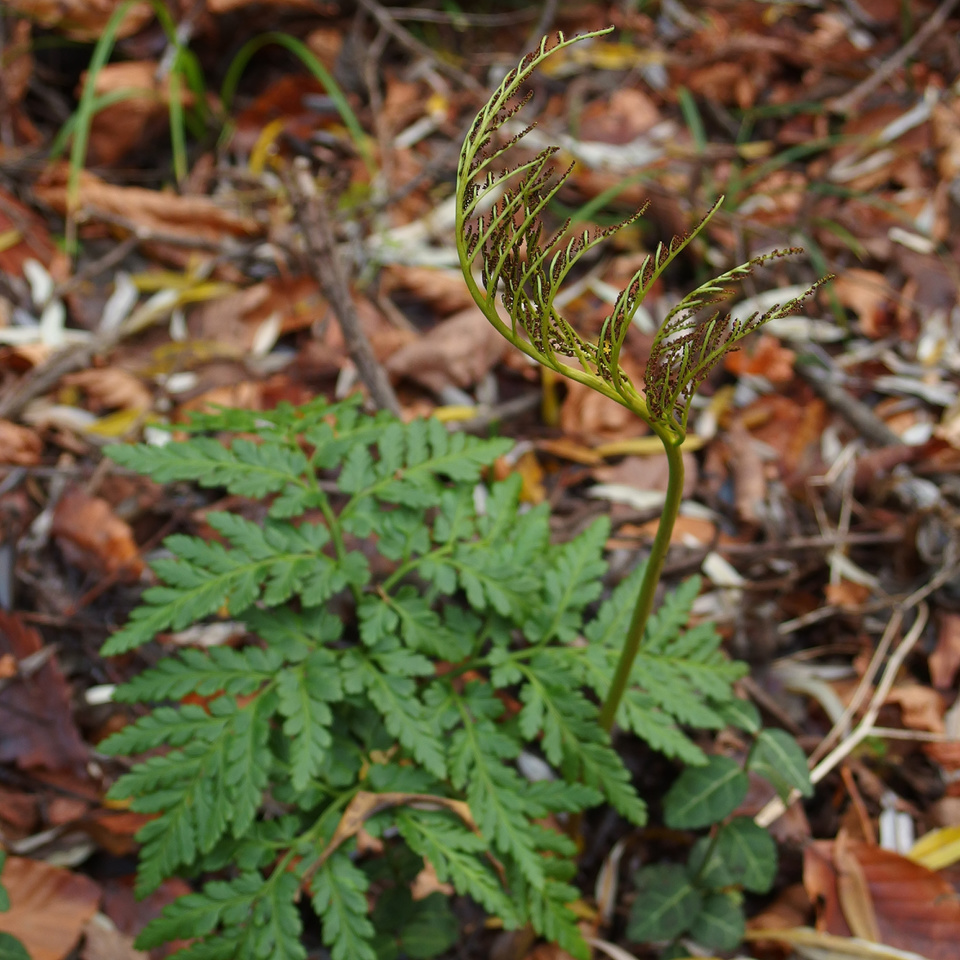 This plant might give you the impression of “a grass” rather than a fern. The glossy green color and the texture of its thin leaves, finely incised leaves remind one of a foliage plant. 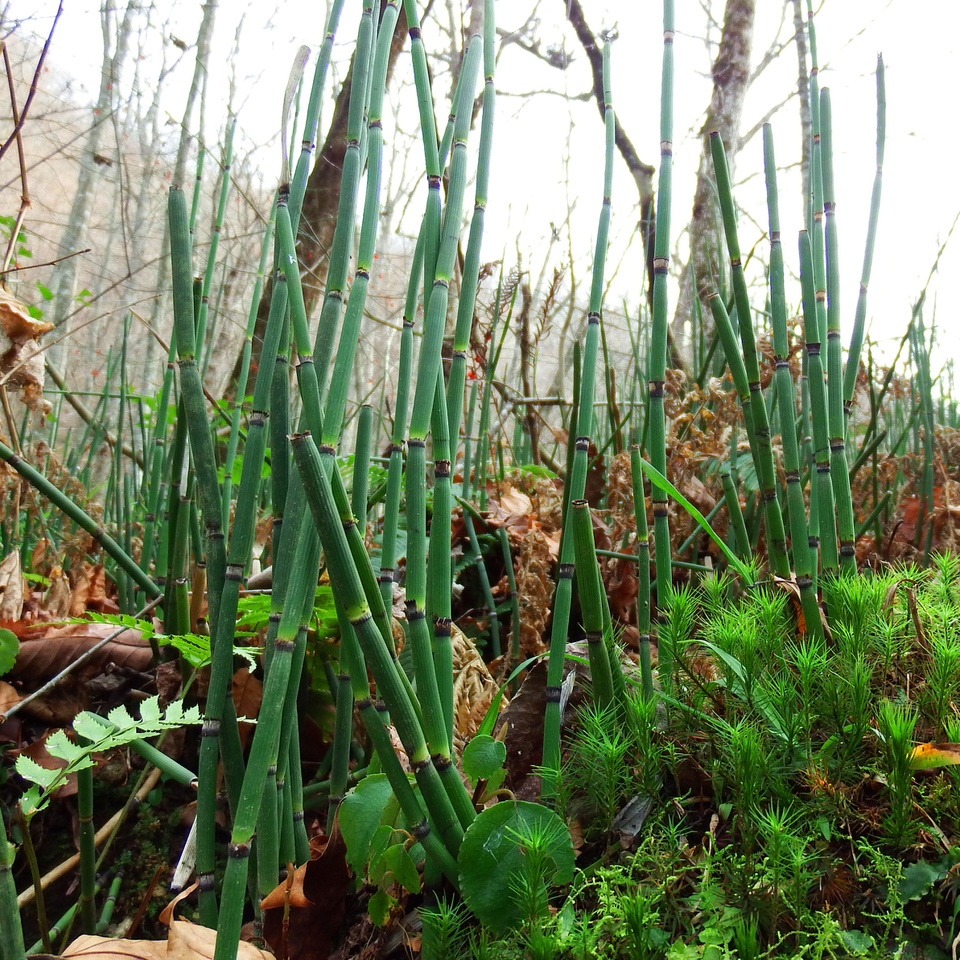 A familiar plant in Japanese gardens, it reminds one of a huge green horsetail. It has a rough feel when touched. 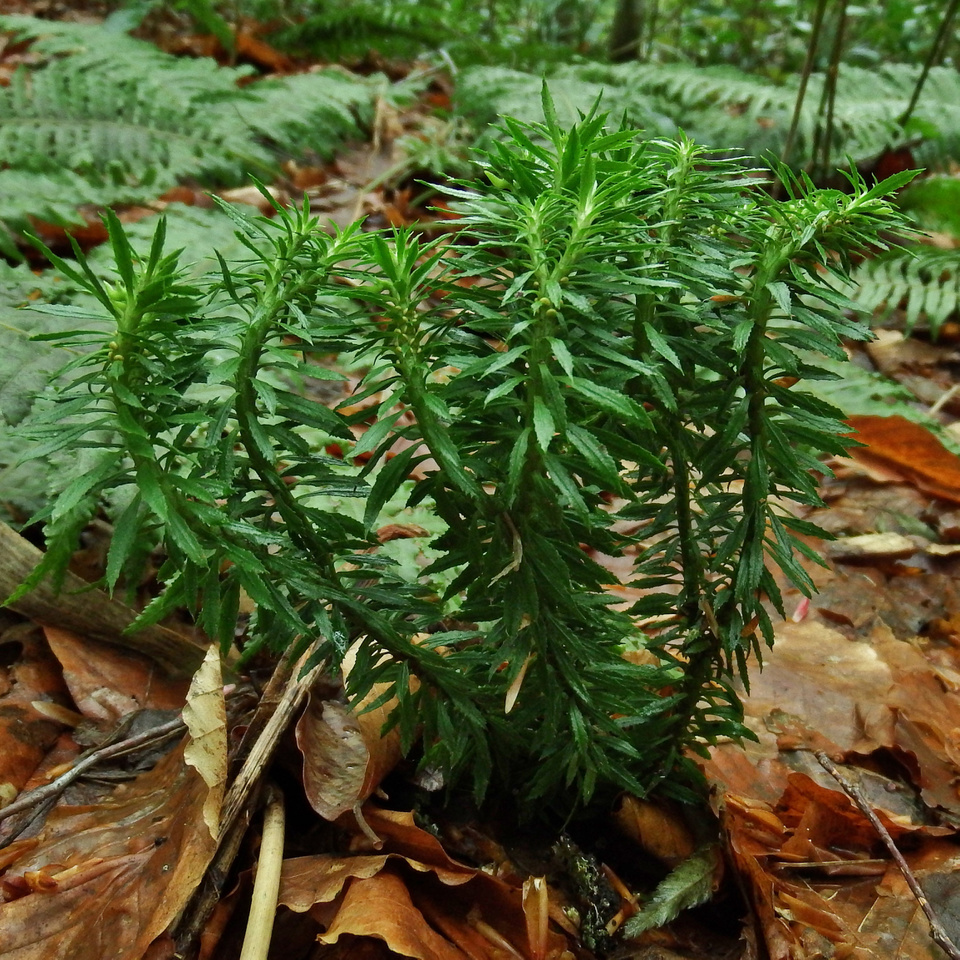 This evergreen fern resembles Setaka-sugi-goke (Pogonatum japonicum). As the leaves are broad, it is sometimes mistaken for a seed plant. Plant colonies are found in some parts of the upper stream. 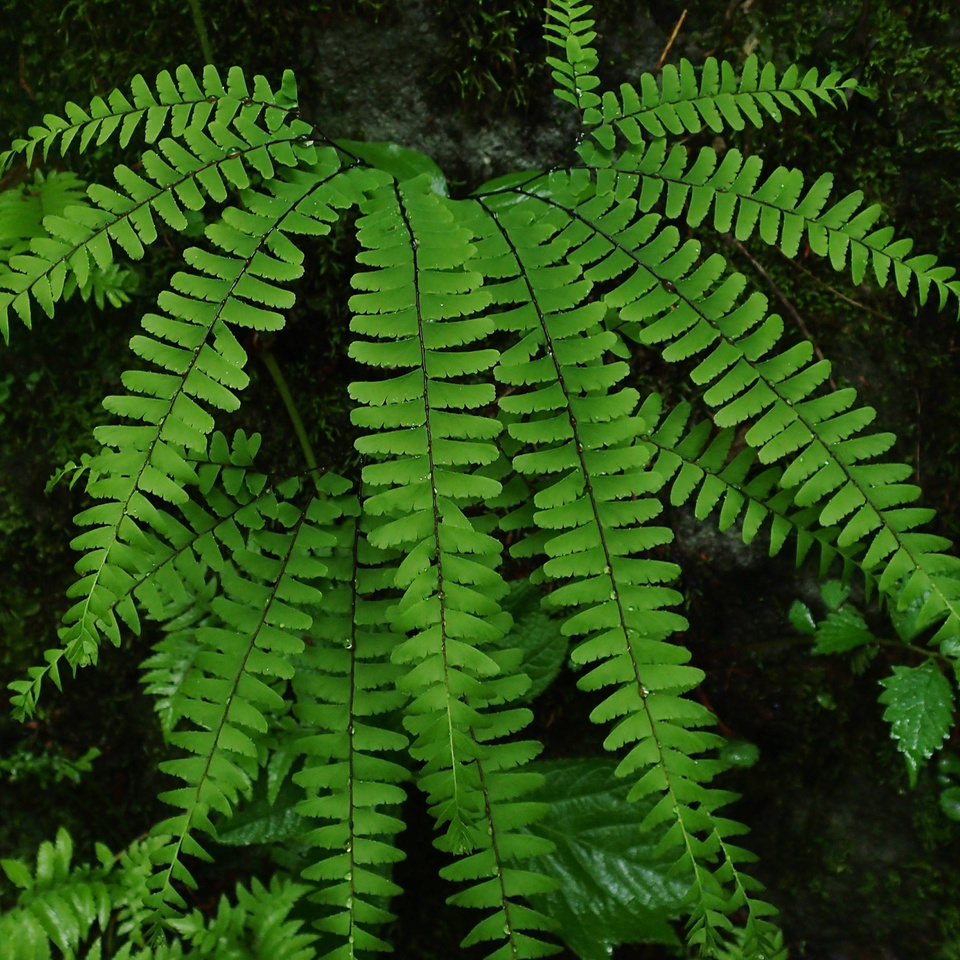 This fern has a beautiful design resembling a male peacock spreading a tail. It adds color to stone walls in Oirase. 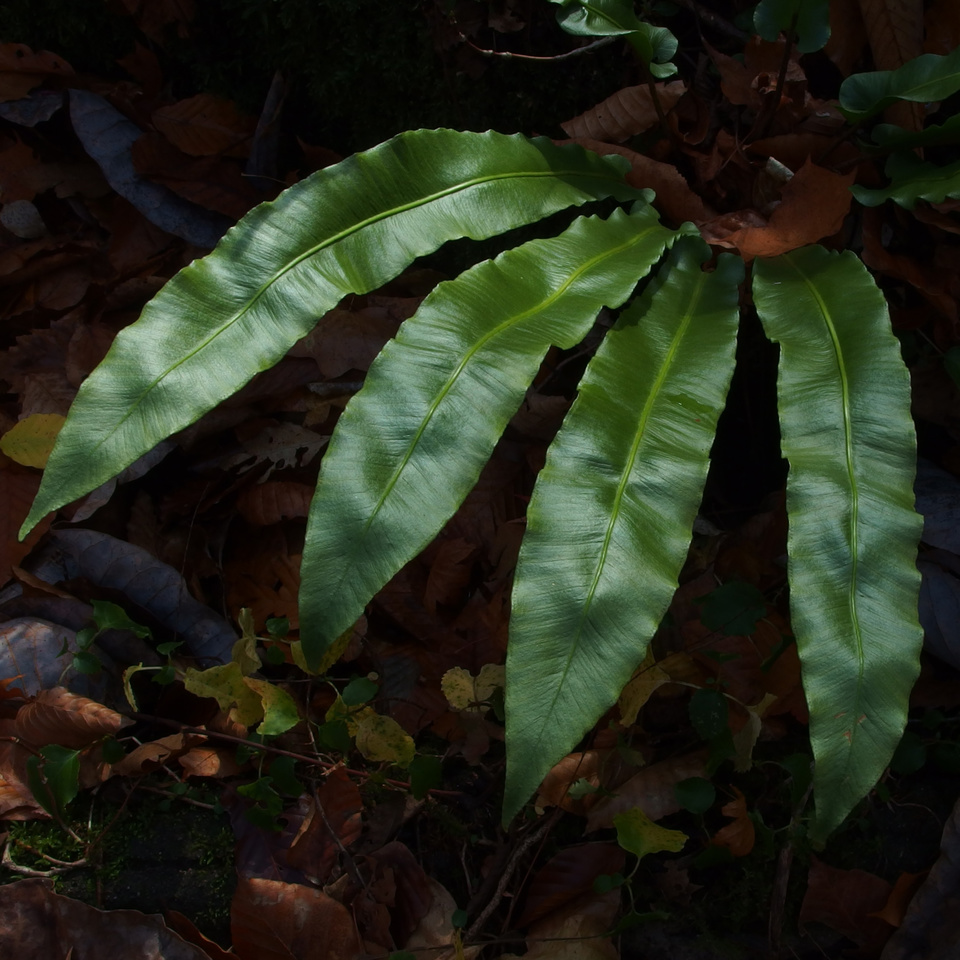 This fern’s rough design might cause one to say “Eh? Is that really a fern?” but it is fascinating for its deep green leaves that shine against sunlight filtering through the trees. 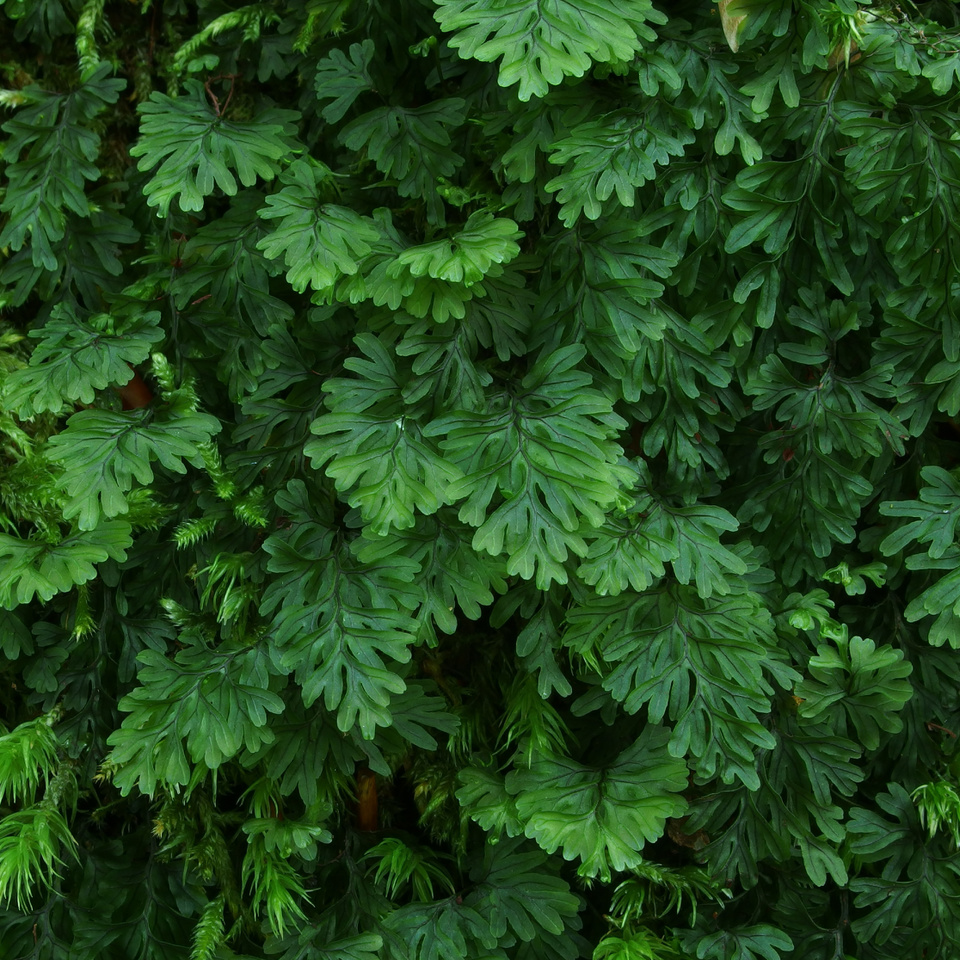 A small-sized fern sometimes mistaken as moss, it forms a plant colony underneath big rocks.

A fine fern with a more complicated design than filmy ferns (Hymenophyllaceae), it creates a colony under rocks, mainly along the upper stream. 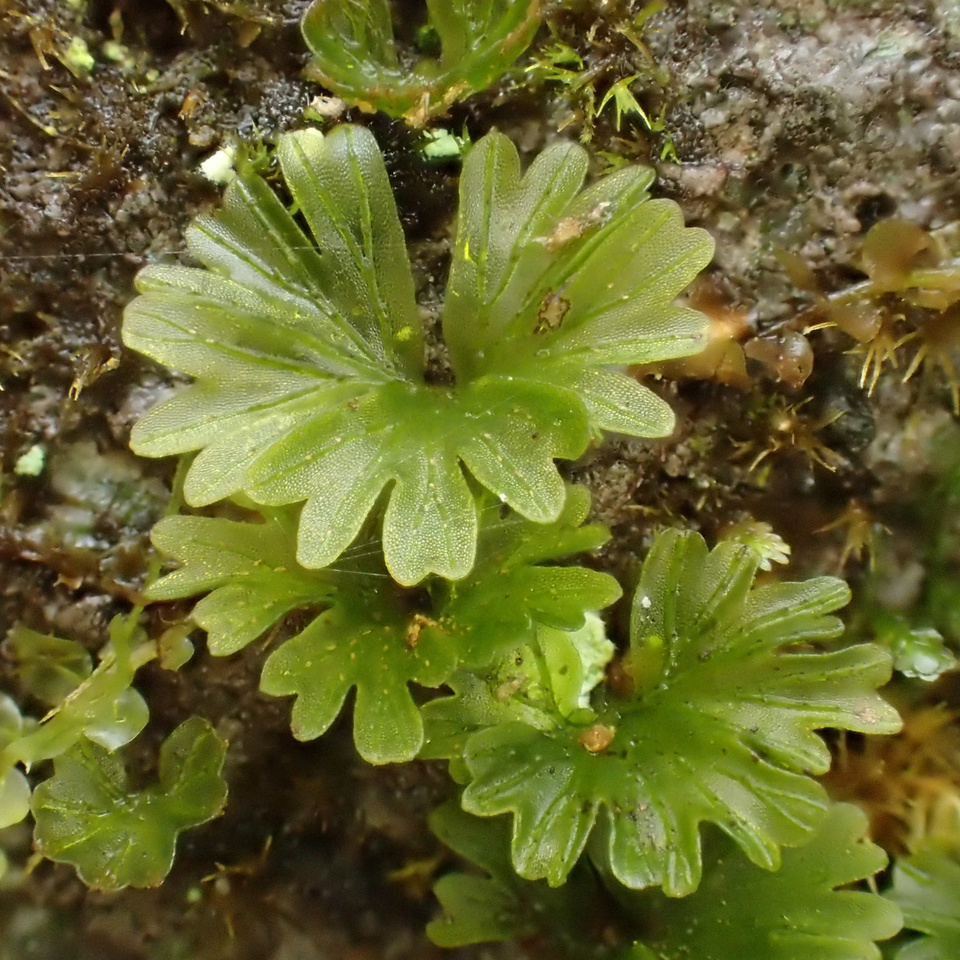 This small fern only looks like moss. As its name Uchiwa (fan) indicates, it has a beautiful fan-shaped design. When dried, the leaves shrink and become moss-like. 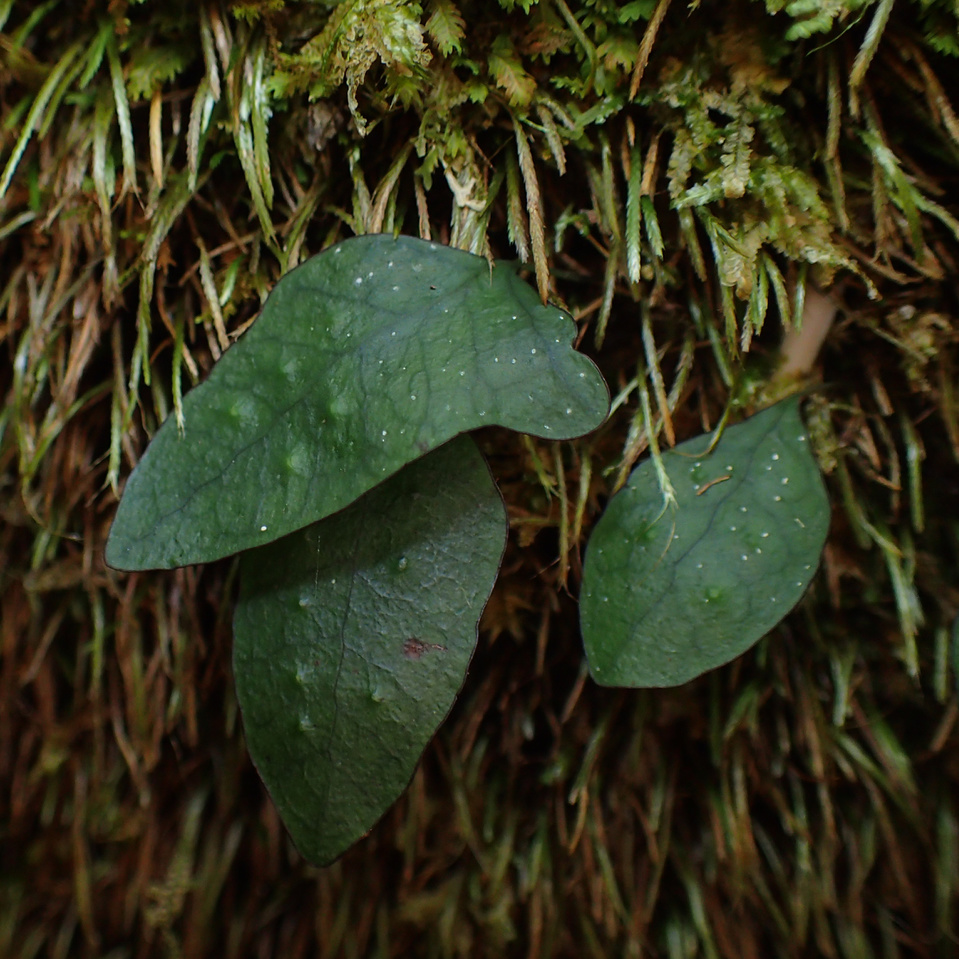 The name ura-boshi (underside-star) derives from the appearance of “stars” on the underside of the leaves comparable to sporangium. In Oirase, Mitsude (three hands; three-forked leaf) is not found, but there is one with a simple leaf and an auricle. 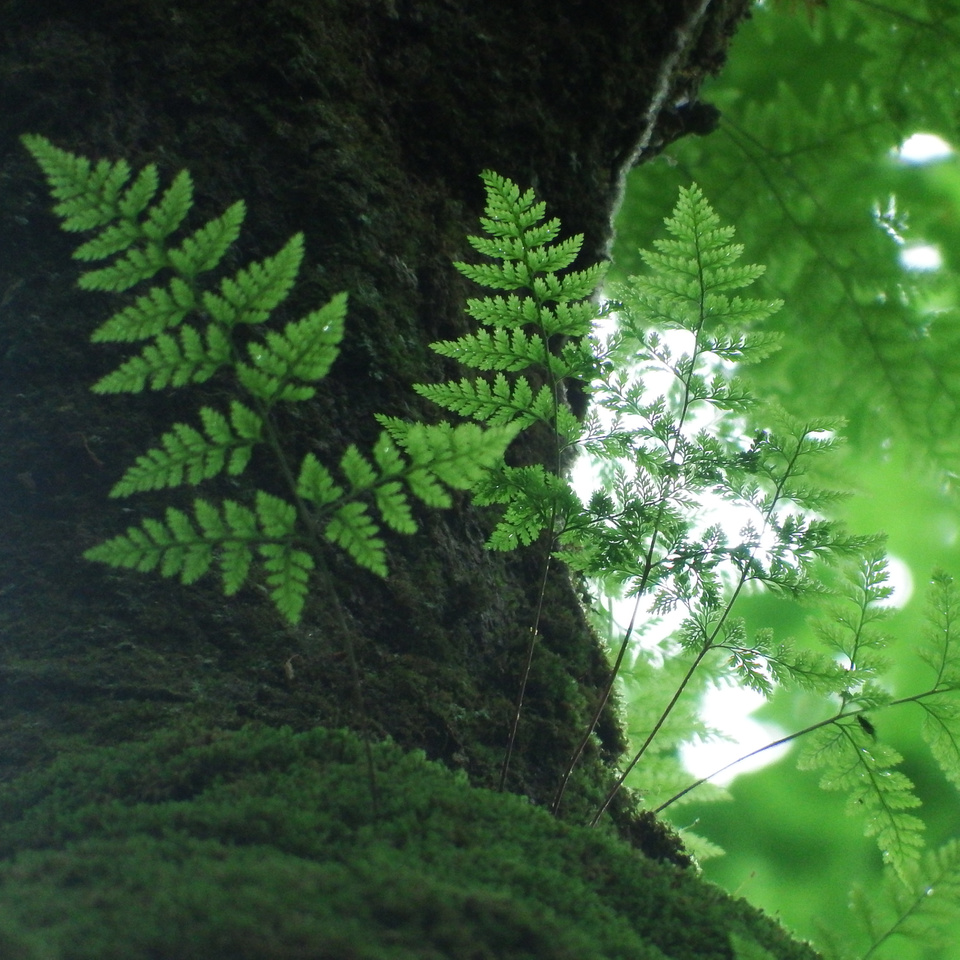 An epiphytic fern found on trees, it is famous for its geometric beauty and commonly called Shinobu Tama (moss ball). 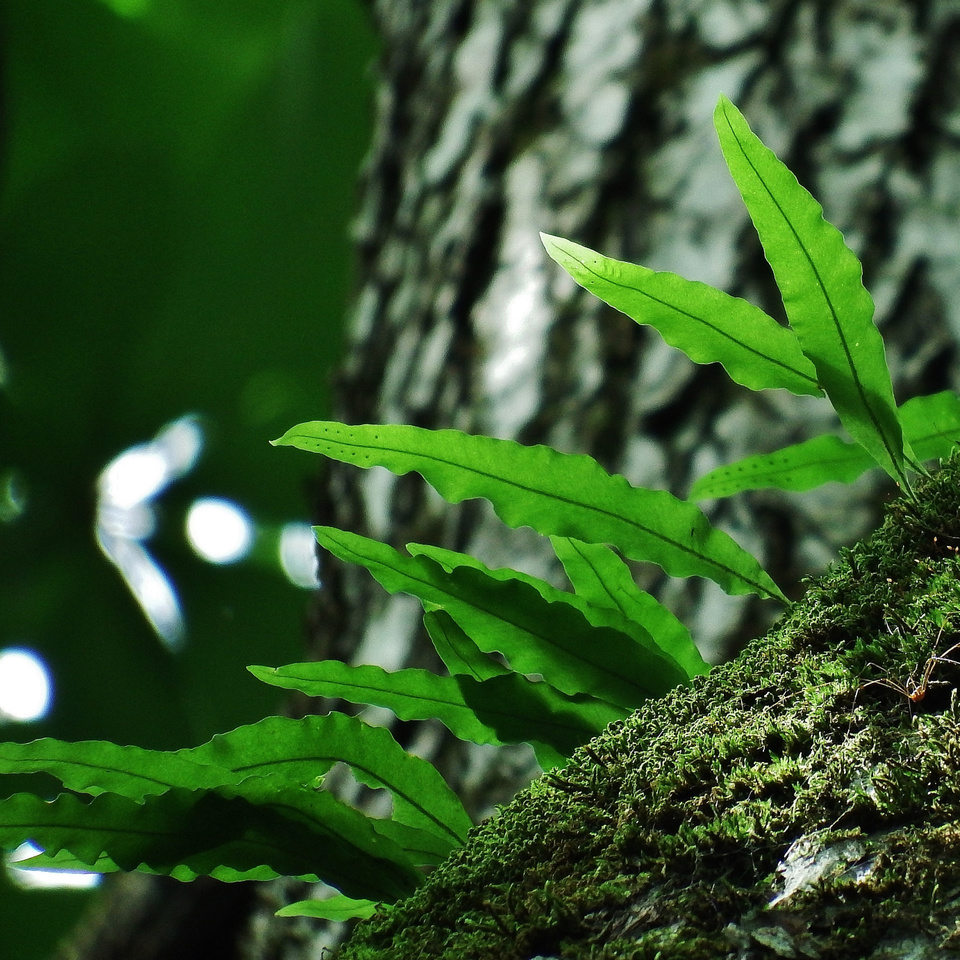 The name Hotei (cloth bag)-shida (fern) may not ring a bell at first. This is a representative example of an epiphytic fern that grows on tree trunks in Oirase. 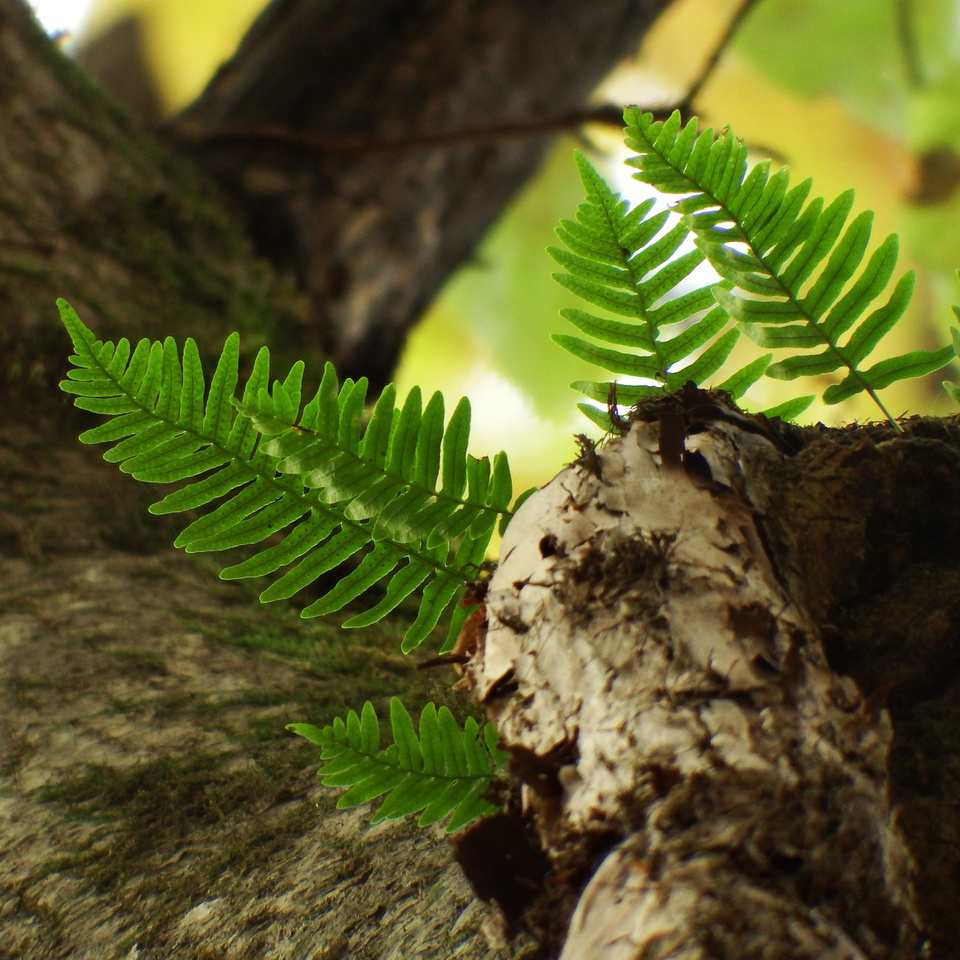 An epiphytic fern growing on trees, this wintergreen plant curls up when dried. 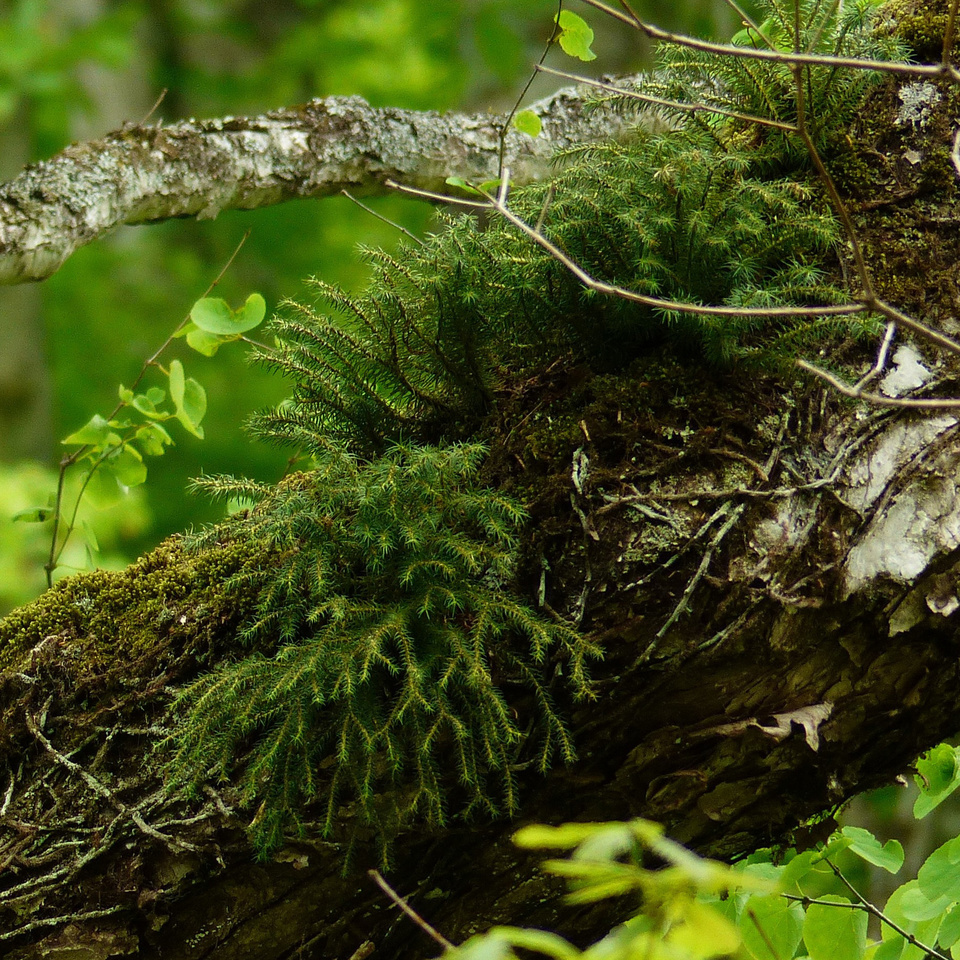 A rare, evergreen fern belonging to the family Lycopodiaceae, the leaves resemble those of a cedar tree on first sight. It grows on mossy trees and older, bigger ferns begin to droop.